A biological approach to mobility data and indigenous communities in Colombia

Climate change is one of the biggest challenges that countries must deal with in this century, as well as the upcoming years. It is also one of the key subjects of Sustainable Development Goals (SDGs), especially for developing countries and for the poorest and most vulnerable communities, such as the indigenous groups.

Therefore, bearing in mind that the effects of climate change have diverse and complex consequences, these must be addressed from different points of view, such as their social, environmental and cultural effects.

This brief comment will show the opportunities of the implementation of mobility data (MD) tools regarding the migration of the Wayuu indigenous communities in Colombia.

According to the Internal Displacement Monitoring Center (IDMC), 4.5 million people were displaced by environmental hazards in the Americas in 2017 alone, standing for 23.8% of the overall throughout that year. The world bank also calculates that in 2050 more than 17 million people in Latin American countries will be forced to leave their homes and move to a different part of the country due to climate change.

The following lines aim to show the progress made to expose the links between climate change and human migration, it also attempts to reflect how data collection may help in monitoring and mitigating the effect of climate change by providing governments with information about problematic regions where intervention is required.

A study developed by the Inter-american Court of Human Rights, defined climate migration as involuntary, compulsive migrations or environmental migrations. “These terms are synonyms because they refer to the same phenomenon: forced migration motivated by climate change”

As part of the overview of countries in Latin America that have addressed climate change and the relocation of population, such as the Wayuu indigenous tribe, reports have shown that neither Colombia nor Paraguay have listed human mobility as one of the impacts of climate change, limiting the scope of the applicable legal literature to human rights international agreements, with further  challenges  regarding jurisdiction and enforcement.

This part of the findings also showed that in order to avoid populations falling into an impoverishment cycle due to climate change, a more harmonized international legal framework is necessary, as well as the development of efficient public policies strategies.

Given the societal benefits of big data and data recollection, in the following lines we will analyse concepts regarding big data, open data and human mobility. To begin with, data is considered open if anyone can “access, use, modify and share it freely for any purpose, with the exclusive obligation to carry out security measures to keep it open and the authorship and origin clear”.

The exponential growth in the data volume collected today in the world is up to 90% since 2010, this growth is a result of the fact that currently there is a wide variety of interconnected devices. The production of data is now easier, with the use of devices such as sensors, computers and smartphones.

Within the Big data concept, we will attempt to define mobility data, its characteristics and different applications.

The concept of mobility data arises from the notion that this type of data, allows the description of people’s movements from one location to another. This data can be collected through mobile phone devices, internet networks or any mean of transportation connected to a smart grid.

As to the collection of mobility data we consider that the State should regulate the uses of this valuable data, usually collected by private organizations, therefore we also propose the use of mobile phone data as one of the tools to monitor and tackle human mobility caused by climate conditions. This tool has shown how effective it is, in studies made in countries such as Bangladesh and Colombia.

In a study made by the center for clean water, a researcher stated that by the year 2070 the average temperature in Colombia will increase between 2° and 4° C, along with changes in the hydrological conditions caused by the reduction of the rainfall, which is estimated to be up to 30%.

In view of the above, climate change will affect the quality of life of all Colombians, especially the means of living of the rural population. These effects are already perceived, for instance on the coastal areas, such as the archipelago of Cartagena in the northern area and Tumaco in the Pacific region, where the increase in sea level and floods affect human settlements and economic activities.

In addition to the environmental effects of these settlements, all these changes if associated to climate conditions lead may lead to an acceleration in the process of internal displacements and migrations.

The Wayuu community and their mobility data .

The Wayuu indigenous group is an aboriginal nomadic tribe, this community is located in the northern region of Colombia. In addition, settled by native people such as Aruhacos, Muiscas, Taironas, Chocoes and Motilones, these groups settled before Christopher Columbus arrived to America in 1492. The Wayuus are the biggest indigenous family of both Colombia and Venezuela and have tried to preserve their traditions, politics, laws, religious rites and habits.

Reports show that this population in Colombia has increased in 40.7 % since 2015, and nowadays this group is situated in the Guajira Peninsula next to the Caribbean Sea, they live in Colombia and Venezuela. This community is not divided by the border located between the two countries, which takes up to 15,300 km in the Guajira department of Colombia and 12,000 km in the state of Zulia in Venezuela.

It is been noticed that the Wayuu still plan and develop their settlements and traditional activities according to the seasons and ecological diversity of the peninsula, always under a concept that derives from the sense of wellbeing, in which dreams and seasons are essential guidelines for existence.

These aspects explain the success in the Wayuu social reproductive system: The dispersed nature of their settlements in a semi-arid environment; and the way they have managed to solve the water supply challenges of the peninsula, have resulted in them arranging and distributing family groups by allocating the same natural resources in a way that benefits the community.

As to the reasons behind the precarious conditions of the indigenous people of la Guajira, these are diverse and complex, but they derive mainly from political, economic and environmental factors. Said factors are important, but we are focused on how the implementation of mobility data analyses and data mining technologies can benefit the communities in a climate change adaptation program developed as part of a comprehensive data governance plan.

The technological element of this research so far in the experience of other countries is limited to mobile phones, mainly because as mentioned by Marta Poblet “mobile phones have become the most ubiquitous communication device worldwide. By the beginning of the second decade of this millennium there will be an estimated 5.3 billion mobile cellular subscriptions worldwide”

Which illustrates how public policies developed by governments can be improved, by using simple mobile technologies, making easier public service delivery and environmental efforts in countries where climate change is ongoing.

A study developed in Colombia by Telefónica showed the potential of using big data and open data, collected through cell phones, to study human mobility caused by climatic events, given the fact that mobile phones are ubiquitous and easy to acquire they became a technology that is a regular part of life, across many demographics and geographies.

One of the conclusions of this report noted that, “while natural disasters produce immediate changes in the population, climate change events produce changes much more slowly”, therefore the affected countries should engage in a more proactive approach, rather than the reactive position that has been implemented in the past.

Big data provides valuable information in real time, which improves the preparation and reaction to natural disasters and other phenomena that in the past required the allocation of large amounts of technological and human resources.

Nowadays, data gathered from mobile telephone networks allows governments to allocate resources more efficiently in the face of a health crisis as alerts and mobility patterns are discovered, mainly benefiting communities in conditions of extreme vulnerability.

In addition to the advantages above mentioned, a project carried out by the GSMA, FAO, Telefonica and its data unit LUCA in 2019, called Big Data for social good, showed the opportunities provided by mobile big data analytics.

Telefónica added and anonymized the call records of more than 11 million clients in Colombia and combined that information with government data sets of open data to create a panorama that reflects the movements of population caused by extreme weather conditions. Telefónica scanned the activity logs of mobile service users and generated a mobility profile for each mobile phone line. By doing this the company was able to determine the location of the populations in La Guajira that were affected by disasters associated with climate variability. The location data collected, accurately recorded when and where the group of approximately 12.000 people relocated to.

Nevertheless, the results showed by the report and the other experiences involving analytics and mobile network data do not reflect the involvement of the communities where they are carried out.

For instance, following the thesis of this research special attention should be render to the involvement of the indigenous communities, concerning their approval, opinions and active participation, in order to avoid this well intended plan to become an extractivist exercise, that ignores their traditional knowledge, needs, hazards and characteristics.

One of the main duties of using mobility data collected by mobile networks to mitigate climate change is the strict compliance of personal data regulation and its principles, mainly the guarantee of anonymity. On the other hand, the lack of formal participation of the communities in negotiations on the uses of collected data may pose risks for indigenous peoples because their perspectives are not taken into consideration. However, the advocacy and support from NGOs can lead to a successful implementation of a data driven strategy.

This research finally tries to balance the convenience and challenges brought up by the implementation of mobility data and data mining, as mechanisms to ease the effects of climate change upon the Wayuu population, as summarized in the tables bellow: 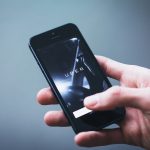 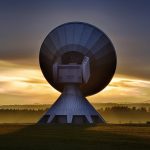 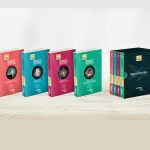